The release of the film October Baby this month will bring attention to a rare and, perhaps, little known group of individuals known as abortion survivors. Although the film is a fictional story, it is inspired by hundreds of true life accounts. Most of these survivors suffer health problems attributed to the abortion procedure itself. Many have chosen to become prolife advocates and use their story as a platform for public awareness. Here are just three survivor stories. 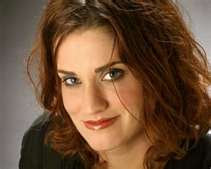 At 7 ½ months pregnant, Gianna’s biological mother went to a Los Angeles clinic to have an abortion at the age of 17. The saline method she underwent was supposed to burn the baby from the outside in inside the womb. Giana lasted 18 hours in the solution before she was born still very much alive. Fortunately, the abortionist was not on duty at the time or she would have been strangled or left to die. The nurse on duty took Gianna to a local hospital instead. The traumatic procedure gave her, what she calls “the gift of cerebral palsy” due to the lack of oxygen to her brain. Doctors held little hope for her predicting she would never hold up her head, sit up, crawl or walk. Gianna, however, proved the dire predictions wrong. At the age of 12, on Christmas day, she asked her adoptive mother Diane why she had her disability. After learning the circumstances surrounding her birth, Gianna began sharing her story with others and speaking at prolife gatherings. On April 22, 1996, she testified before the Constitutional Subcommittee of the House Judiciary Committee on the issue of abortion. Out of 13 members of the subcommittee, only 2 were willing to listen to her testimony; abortion supporters boycotted the meeting. “The best thing I can show you to defend life is my life," Gianna told the lawmakers. She has shared her story on many national television and radio audiences such as The Maury Povich Show, The 700 Club, and Focus on the Family. In 1995, Dr. James Dobson's Focus on the Family published her biography entitled Gianna: Aborted and Lived to Tell About It. Blessed with a beautiful singing voice, Gianna’s song “Ocean Floor” is part of the soundtrack in the film October Baby being released later this month. For more information on Gianna visit her website www.GiannaJessen.com.

Claire’s biological mother was 13 when her mother took her to a clinic to perform an abortion. A few weeks later, the young girl returned to the clinic visibly still pregnant. Unbelievably, the abortion attempt was successful. What none of them realized, however, was that the young girl was carrying twins. Claire’s twin brother had been aborted but she had miraculously survived. Although a late-term abortion was sought, the amniotic fluid leaking from Claire’s mother made it impossible. Two weeks later she gave birth to Claire 2 ½ months early. Weighing only 3 ½ pounds she suffered from dislocated hips and club feet. She was put in a full body cast and harness and was soon adopted by a loving Christian couple who sought a special needs child. After learning her birth story two years ago, she sought to make contact with her biological mother. Upon meeting her, Claire learned the full account surrounding her birth - that she was a twin whose brother did not survive. She called Claire a miracle. She is now involved in Coalition for Life and publicly shares her testimony. “My life is a miracle and I would be selfish to keep this gift of life to myself,” she writes on her website (www.ClaireCulwell.com), “I want to tell everyone what a gift I and even they have been given! I want to encourage them to seek alternatives to abortion because I would never want any woman/man to go through the grief and the pain that my birth mother went through simply because she didn’t know she had any other option. I also want to be a vessel to offer God’s forgiveness to the men and women who have previously had abortions. I know healing is possible and I have been given the gift of surviving an abortion so that I can tell these men and women that they are forgiven…coming from an aborted child, I hope they know the power of forgiveness and healing through meeting me.” 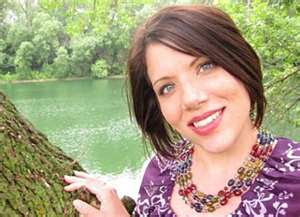 Melissa’s mother was a 19-year-old, unwed college student when she underwent a saline abortion somewhere between five and six months pregnant. For five days the toxic saline was injected into her womb and Pitocin administered to dispel her dead body. When the procedure was over, a nurse was shocked to hear Melissa crying from the discarded medical waste. At 2 ½ pounds she was jaundiced and in respiratory distress but she was miraculously alive. Doctors were concerned that she would not survive very long and, if she did, she would be disabled for life. Melissa beat the odds, however, and grew up to be a happy and healthy child under the care of her loving adoptive parents. Although she knew she was adopted and a preemie, it wasn’t until Melissa’s sister became pregnant as a teenager and considered abortion herself that Melissa found out the true story from her adoptive mother. Devastated and filled with questions, she spent years seeking out her birth parents. Although, she never met them, she has forgiven them and has formed relationships with her biological relatives. In 2008 she gave birth to her daughter Olivia in the same hospital where her life was meant to end. Her daughter’s birth made her realize the ripple effect abortion has across generations and inspired her to found an organization called “For Olivia’s Sake” to bring awareness of the intergenerational impact of abortion on men, women, children, families, and communities. “Every time I go speak somewhere,” Melissa is quoted as saying in a 2010 newspaper article, “I am so surprised by the number of people who line up to speak to me. Grandparents, aunts, uncles, brothers and sisters, to tell me their story and tell how much they are hurting because of an abortion – they are missing out on that person in their lives”. Last year, Melissa was involved in the prolife film titled “A Voice for Life.” Its message was to offer love, hope, healing and forgiveness for all those touched by an abortion. She knows God saved her for a purpose. To be the voice of the voiceless and, her life, a representation of the millions lost. To learn more go to her website: www.MelissaOhden.com.

Posted by Lisette Frevola at 2:25 PM

Lisette Frevola
The story of my writing career is one of divine intervention. In January 2011, I was challanged by a mentor to ask God what He would have me do in the coming year. I said a prayer and soon after I came face to face with an issue of a Christian newspaper in our area called "The Good News". Somehow, I knew that my answer was in that paper. The first article I turned to had the headline "Your Goal for the New Year - Just Write." More than giving me the answer, the article was the opporunity itself. It was a writing contest. I took up the challenge and wrote a story about a couple who has a ministry in Colombia helping children trapped in the sex trafficking trade. My article, "Ordinary People Doing Extraordinary Things" won the contest and, with it, an all expense paid trip to the Florida Christian Writer's Conference. Soon after I became a writer for "The Good News." My journey has just begun and I look forward to sharing important stories with readers that enlighten and reaffirm the Christian faith. Besides my writing career, I am a mother of three wonderful children and the wife of 30 years to my husband Al.